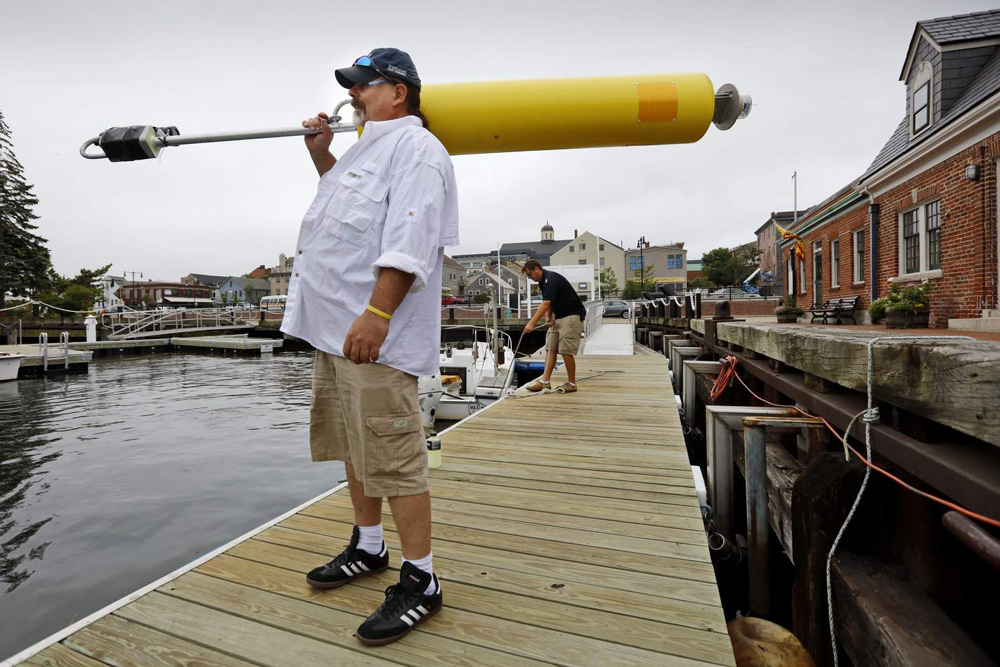 The North Atlantic Monster Shark Tournament is dedicated to fishermen’s rights and sustainable fishing. The idea of sustainable fishing incorporates concepts where the fishery is harvested at a regulated rate, and also where fish populations are harvested in such a manner that they do not decline over time, because of fishing practices, or due to other factors occurring in that fishery. We at Monster Shark Tournament do not support shark finning, shark culling, or anything of that nature. We are strong supporters of shark science. Statistics will show that our event is much more of a catch and release tournament than many people think. MST anglers have maintained a release rate of from 95% – 98% for over twenty years. Over the 30 year history of the event, MST anglers have released nearly 25,000 sharks, and are responsible for tagging approximately 2,000 sharks. The Monster Shark Tournament also works closely with world renown shark scientists and others, including experts from N.M.F.S., N.O.A.A., H.M.S., D.M.F., and the Massachusetts Environmental Police. The sharks caught in our event are examined and dissected by a team of scientists, before being processed and given back to the respective captain and his crew, to be sold at the fish market, or for their own consumption, as all sharks caught in our tournament are edible. Some of the shark meat went to feed the less fortunate people in the New Bedford area. No portion of the shark was wasted. The North Atlantic Shark Tournament is a non-profit event, with proceeds going to fund various fishermen’s rights groups interested in promoting, and preserving, the ideals of sustainable fishing.

The MST donated over $20,000.00 in profits earned at the 2016 event, to fund and support; marine education, local sustainable fisheries projects, to further shark science, and to aid fishermen’s rights groups. Some of the organizations we donate to, or have donated to are:

In addition to donating to the fore mention organizations in 2016, MST officials also arranged and funded the deployment of shark detection buoys off New Bedford and Marshfield, MA.

Here are a few friends of the MST that share in our vision of sustainable fishing.

MST Reviews We at the MST understand and appreciate the fact that our event is not for everyone. However, those willing to take the plunge … END_OF_DOCUMENT_TOKEN_TO_BE_REPLACED

"I like it! so many more boats will fish this tournament You guys run a great event.. I also like how 100% of the calcutta money collected … END_OF_DOCUMENT_TOKEN_TO_BE_REPLACED

"I took my son this summer, and he is still telling people about it. He loves telling people how he got to touch a shark's heart!" - Nikki … END_OF_DOCUMENT_TOKEN_TO_BE_REPLACED

"The hard work and dedication of the North Atlantic Monster Shark Tournament crew is what set it apart from all the other tournaments!" - … END_OF_DOCUMENT_TOKEN_TO_BE_REPLACED